Some Broken Paragraphs on the United States 2011

People of the United States, let me be brief: 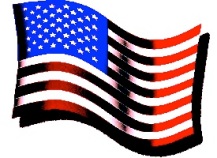 The battle on the streets of Wisconsin was and is for the very future of America itself.

In the 1970s, there was an organizational revolution among the military, business and religious sectors that let them erode protections erected between the 1930s and 1960s to keep Americans alive, healthy and productive no matter what the circumstances of the “market.”

It was a reactionary revolution, but a revolution nonetheless.

In 2008, it finally succeeded in the form of a financial coup d’etat.

The world moved on, of course, but now under different terms.

Wolves no longer had to wear sheep’s clothing.

The New was now to be sacrificed on the altar of the Old.

Today, we are experiencing its full repercussions in the form of austerity measures which are, in fact, a form of class war against everyone who’s not a multi-millionaire or, dare I say, multi-billionaire.

You, the single individual, who is in many ways at the heart of this battle.

Do you get to be, as the position goes, an individual in a karmic exchange where you live and die based on how much “hard work” you’ve done in a system stacked against you, or just one of a collective obliged to improve the lot of all mankind?

The people who believe in the former help some capitalize profits for short-term gain, and socialize losses for long-term social disruption.

The people who believe in the latter now ostensibly pose such a titanic threat to this system that even the remotest support mechanisms that imply a collective sharing of wealth and power (collective bargaining rights, education, healthcare) are being dismantled by the multi-billionaires.

So you may be surprised, however, to note that what we’re now seeing isn’t capitalism.

What we’re seeing is outright theft.

The disbelief in the so-called public good, the idea that we must force freedom from  collective welfare programs on the citizens of the world, these are mere positions to mask unadulterated greed.

But belief in the public good is communism, isn’t it?

Adult humans strive for the common good, and have to be continuously disciplined into thinking like a child:  prioritizing selfishness and avarice and instant, short-term gratification.

State-led Communism with its largely ineffective five-year plans attempted to condition populaces into long-term thinking without letting them becoming adults themselves.

This form of communism collapsed in 1989 thanks to its inability to effectively maneuver within the information economy.

After the Soviet Union collapsed at the center of it, a few thieves took all the spoils and left the people to fend for themselves.

Many citizens of Russia now miss the Soviet years.

They miss partial adulthood over perpetually conditioned and enforced childhood.

Capitalism, however, is as faulty of a system as communism:  it has to battle continuously falling profit margins.

In short, everything becomes worth less over time.

Crises must be perpetually introduced into the system to produce value.

Crisis also destroys most value (look at the earthquake in Japan), leaving a few valuable goods left over.

Finance capital collectively decided that in order to combat such a pernicious loophole in their lives of reflexive avarice, one can do no less than to seize everything, including time itself.

We didn’t believe they would do it.

They do not want to seize power; they already have it.

Now it becomes a matter of breaking the remaining resistance: us.

Now they fear not only communism, or the so-called “naked wealth transfer” from the rich to the poor, but even the informal and formal networks that have helped us sustain each other against each financial onslaught:  Catholic charity, net neutrality, soup kitchens, low-income heating programs, public education, supportive families, team volunteer efforts, squatting, scavenging, repurposing, recycling.

But now that anxiety clouds their vision, courage and fortitude should animate our bodies.

What we will institute will not be called “communism,” but what we want is not so dissimilar – the equitable distribution of resources among those who deserve it.

This turns out to be everybody.